Elfair Grug Dyer is a young aspiring harpist and an enthusiastic harp teacher who is happy to teach young children, teenagers and adults. Elfair is committed to her work and takes into account each pupil’s individual needs; she is comfortable working with beginners, intermediate and advanced students. She can teach both lever and pedal harps, music theory and aural training. Elfair prepares students for ABRSM exams, concerts, competitions and auditions.

Elfair completed her Master’s degree with distinction at the Royal Northern College of Music in Manchester, after gaining her BMus degree at the conservatoire with first class honours in 2011 as an ABRSM Scholar. Following successes in major competitions, she is a young accomplished musician who has embarked on a professional career as a freelance harpist; including working as an artist for the Live Music Now scheme, Music in Hospitals, and touring with the harp quartet CLOUDS.

In 2014 Elfair was invited to teach at the Tamnak Prathom Harp Centre in Bangkok, Thailand. During the two years Elfair taught in Bangkok, she taught all ages and all abilities, ranging from beginner (children and adults) to university level. She represented the Centre at international events and festivals, including Singapore HarpFest (2015) and The Third International Harp Festival and Youth Competition (2016). Throughout this time, many of her students competed and performed to an exceptionally high level. In the Thailand Festival Elfair was very proud that one of her young students reached the final round of the competition, playing repertoire of Grade 7 standard and above after only 18months of learning the harp. During these events, she has mixed and conversed various teaching methods with some of the most notable harpists in our generation. During her years studying for her Masters at the RNCM, Elfair started her work as deputy harp teacher at the RNCM Junior Department. In June 2013 Elfair took the role of teaching harp, covering maternity leave at three private schools in central Manchester; The Manchester Grammar School, Manchester High School for Girls and Withington Girls’ School.

Elfair is also an experienced piano teacher with pupils successfully passing ABRSM exams.
Member of The Incorporated Society of Musicians. 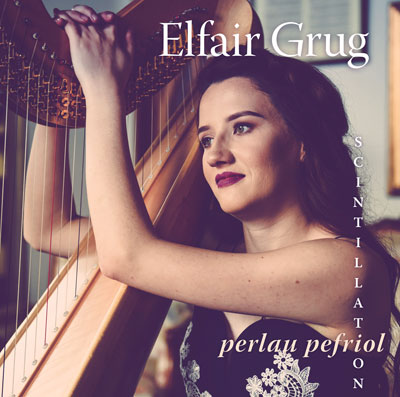